Multilingual typesetting is used by different business firms in their operational platforms. However, it is simply not about translating one language into another. The essence of the context has to be retained in it. At times, words get missing in this process, and people find it difficult to retain the visual impression. You need to ensure that the message is equally impactful as the original document. You may know that global typesetting is quite difficult. A number of aspects need to be considered in this typesetting design process. Here are five reasons that show why it is more complicated than you had thought.

The format of a document has to be focused on, as a number of factors are associated with formatting.

You will come across different guidelines regarding hyphenations and breaks in different languages. Thus, you need to set the format, considering the language you are using; this is what most of the companies offering multilingual typesetting services take immense care of. In Arabic, no hyphens are used. Even in English, hyphens are used for different purposes. However, certain amount of disagreement is evident among the grammar experts. Hyphens are used in the German language in a few selected areas. In Thai, there are no spaced between words. They have rules regarding where the following line starts.

When it comes to English language, the text direction is left to right. However, it is not the same in all the languages. Persian, Arabic and Hebrew text are written in the opposite direction, from right towards left. The complete layout of the document needs to be reversed in these cases. Certain parts of the document in Latin may remain untranslated. You need to deal with all these issues like professional typesetting and prepress services providers do.

Different languages use different types of numbers and they are structurally variable. Some languages use commas in place of decimal.

The alignment of the text also varies from one language to the other. Chinese text gets aligned in such a manner that it is justified towards both the sides. Arabic is never aligned towards the left side.

Another important factor to be considered when it comes to professional typesetting services is font. You may use Roman alphabet in other languages but different letters, accent marks and characters might be used for your target language. Well, lengthy character sets may not be available in all fonts to adjust with these variations. Besides, all languages do not have Roman characters, so you need to opt for other strategies to deal with Cyrillic characters. In Asian cultures too, fonts have an additional importance.

At times, you will find a domino influence in the process of translation. In order to house the freshly interpreted content, various non-text elements need to be accommodated. For instance, transitions are larger by 20% in Greek and Cyrillic languages, while Spanish translations can be longer by up to 25%. English texts, when translated from other languages, are longer by 130% to 300%. In Asian languages, the texts are more complex and the texts need more parallel space. Text boxes as well as various other elements need to be adjusted on the page while dealing with different languages. It retains the aesthetic aspects of the text regardless of the multilingual typesetting software you use, in most of the cases.

Every company wants to ensure that the text is clear and easily readable. Changes in text size and spacing have to be made to adjust to the new language. Particularly in scripts like Devanagari, Thai and Arabic, additional perpendicular space is needed to make the text readable. The characters in these languages are taller and complicated than Latin. More space is present between the lines of these texts. This is one of the most crucial typesetting tips as well.

In order to maintain a professional and pleasing look of the documents, you need to consider all these aspects.

Software plays a major role in prepress services and multilingual typesetting. In different languages, you need to incorporate them in a different manner. Distinct software programs or plugins are necessary to deal with each small detail of the languages. This is particularly applicable for non-western languages and scripts that run from right to left. The availability of right software for multilingual typesetting has to be complemented with the right knowledge to use them.

Multilingual typesetting often requires special software or plugins, especially for non-Western scripts and right-to-left languages. For example, scripts in Devanagari and Arabic are not properly displayed in in standard programs for design. You will need a plugin or a native version for the same.

Besides Devanagari, Thai, Burmese and Khmer languages need a special leading. This refers to the vertical space in the documents. For instance, text in 8 pt. in Burmese language will require 18 pt. in leading. It adds space to the document and adjusts the readability of the same.

In certain languages, the fonts do not have italics or bold faces. For instance, Burmese language is devoid of these features.

When you go for specialist services, the experts tackle these issues with care. They have the right software and know how to deal with these aspects. You can seek help from them when you deal with multilingual typesetting. However, you should be careful in regard of typesetting services prices as higher rates don’t always mean better services. So, carry out a proper market study before signing the deal.

Emily Watson serves Proglobalbusinesssolutions as a Business Strategist. She is a passionate marketer with exceptional strategic skills. She loves contributing informative and educational content that relate to the needs of the target audience. With top-notch articles that she has written, she has added to the knowledge repository while allowing readers to get access to information that they look for. 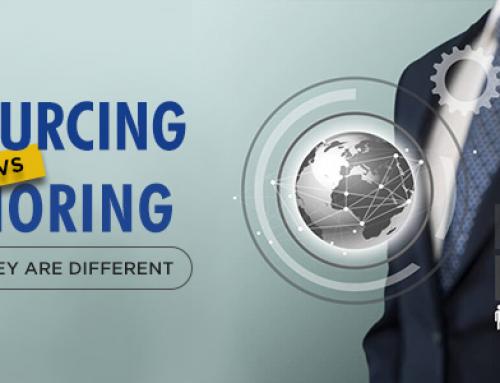 Learn How Outsourcing and Offshoring Are Different