The visual layout of a magazine is a key contributor to its popularity among its readers. The visual experience of magazines exerts a strong influence on the reading experience. Magazines with great layouts have the potential to register a tremendous growth in their memberships. A lot of details are taken into account while designing magazine layouts and these efforts often go unnoticed. If you are publishing a magazine, you would definitely want to make sure that your magazine’s design is at par with the industry standards and that it impacts the psychologies of your target audience in a positive manner. If you are a magazine designer, you should understand specific design requirements in various parts of a magazine and focus on creating functional and visually-appealing layouts that would allow your client to create an edge in a highly competitive market. A magazine layout design process may turn out to be really complicated if you are not sure of the design fundamentals that you should take into account. And this may even include specific guidelines with regard to editorial design as well.

What is magazine layout design?

In order to understand what magazine layout design is, let us first understand what a layout is. A layout is an important part of graphic design and it is formed by the arrangement of elements in the design as per a brand’s style and character. So magazine layout design refers to the process in which all vital design elements such as headlines, running heads, body copies, bylines, images, captions, etc. are aligned in a perfect manner so as to create a layout that improves reading experiences.

Want your magazine to stand out from the crowd and deliver a pleasant reading experience? Call us to discuss your project with us. 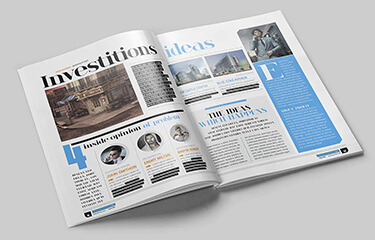 Designing magazine layouts may prove to be a really challenging task for a graphic designer if he/she is not aware of the 10 most important elements of magazine design and how he/she should use them in the most appropriate manner so as to create synergies out of their harmonious combinations. 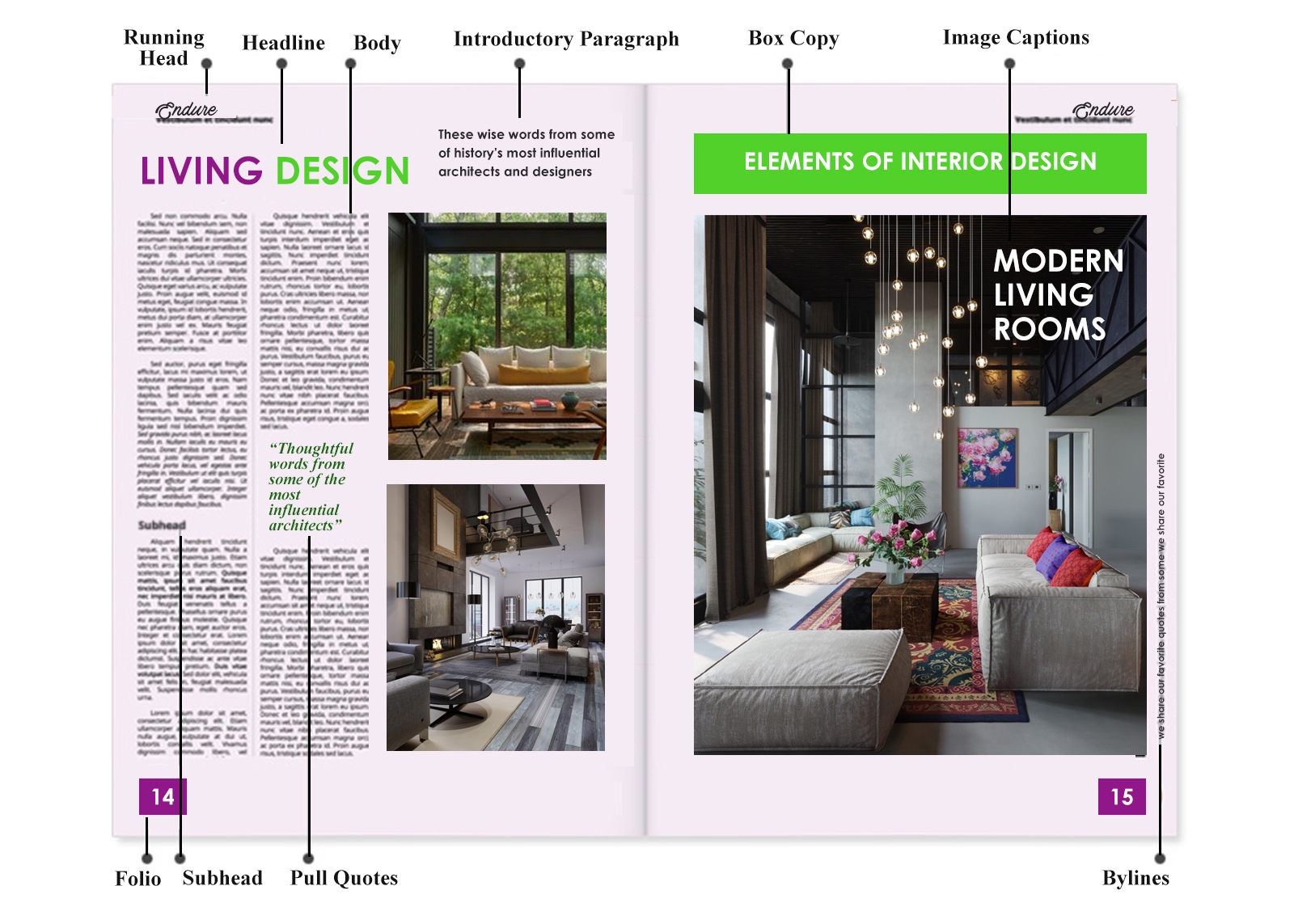 The use of advanced magazine layout design software can help you create awe-inspiring digital magazines featuring intricately-designed layouts. Well-designed layouts would allow you to organize your thoughts in a logical sequence, allowing users to pay more attention to the more important content and get easy access to the information that they are looking for.

These 5 magazine layout designing software can be used optimally to create impressive and elaborately detailed magazine layouts. You may consider starting the process with FlipHTML5  because it is free for use and because it has some really powerful features. In fact, it is the most cost-effective option for startups to design magazine layouts.

Some of the best magazine layout design ideas

Awesome creative design outcomes are based on inspirational ideas. A good magazine layout has a perfect balance of text, images, sidebars, and columns. Creating your own unique magazine layout may seem to be a challenging task, but your job would become much easier if you consider looking at some really great designs and then combine your own ideas with the ones that you like the most in those designs. We thought of sharing a few stunning examples with you so that you can get some inspiration for your next creative design project.

We hope that by now you have been able to understand the key aspects of magazine designing. If you want to share your concerns or ideas with us, do write to us and we would be happy to discuss further.

Unique business card ideas Designing banners that magnetizes clicks Important Facts about 2D Animation that you may want to know Sketching tips for beginners 5 unique album design tips that you must be acquainted with 12 Principles Of Good Website Design 13 Easy 2D Animation Tips that Beginners Can Use Whiteboard Animation: Extensive How to Guide (2020) 27 Simple Tips to Speed Up Your WordPress Slow Performance 10 Commonly Used Image File Types